There really isn't much to write about in regards to the Thunderbirds loss New Year's Eve down in Portland. Head Coach Steve Konowalchuk said all that needs to be said in his post game interview with Andy Eide. You can check it out in Eide's blog over at mynorthwest.com.
I'm adamant that Konowalchuk is the right man behind the Thunderbirds bench.

He has a plan and his systems work as is evident by the T-birds power play (despite what has happened recently)rising to top five status in the league after dwelling at the bottom in recent seasons. It's up to the players to execute the game plan against each and every team, not just against Team A on Saturday and not against Team B on Monday, but against every team, every night,for 60-mintes.

At least in the first two post-Christmas games versus Everett, the T-birds competed and had opprtunities to win both those games. Against Portland, there was no compete at all, at least not up and down the lineup. It's becoming a familiar refrain when the 'Birds play the Wintehawks. Sure a few players are out there working hard but too many players decided this game was unwinnable before they stepped on the ice. They took a defeatist attitude into that game. It's just one man's opinion but they don't believe in themselves right now when it comes to facing Portland. Too many T-birds looked like they'd rather be somewhere else then on the ice at the Rose Garden last night. As far as I'm concerned, most of the T-birds problems when playing Portland are between their ears. At the first sign of adversity, instead of turning up their intensity, they shut it down.

There were bright spots. Brandon Glover has come out of the holiday layoff playing some of his best hockey in goal this season. When you face 7-8 breakaways and only give up two goals from that, you're playing well. Too bad he's not received any offensive support in these three games.

15 year old Keegan Kolesar's Thunderbirds debut has to be classified as a success. But it's a catch-22. One, he's heading back home to Winnipeg leaving us wanting more and two, he played well and created a couple of the T-birds better scoring chances on the night. The problem is a 15 year old was one of your best players and created a few of your better scoring chances on the night. The T-birds needed 6-7 more Keegan Kolesar's last night. 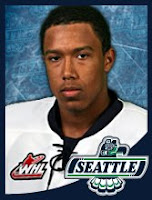 He skates well, has a nose for the puck, plays physical with a bull-in-a-china-shop mentality and has the attitude necessary to play at a high level in the WHL. I want to say the future is bright for the team with the likes of Kolesar in the system and poised to be a full time player for Seattle next season. But next season is nine months away. The focus has to be the here and now. I'm guessing Thunderbird fans don't want to be the Chicago Cubs of the WHL, always saying the future looks bright and wait 'til next year.

So the winless streak is now eight games. Next up for the T-birds, the B.C. Division leading Kamloops Blazers on the road Friday night. The T-birds need to worry about how they're playing though, not who they are playing. 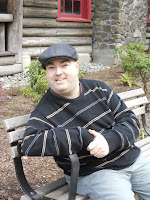