A Tribute to a Friend

Rest in peace Bruce McDonald.  Wait, scratch that...don't rest in peace!  Get up!  walk, run or better yet skate!  Heck,  I'm sure there is  a pretty good ice rink up in heaven!  While you're at it, take their Zamboni  for a spin!  Bruce may have lost his battle to cancer this week but I think he won the war.  Confined to a wheel chair or scooter all his life because of cerebral palsy, my guess is he is now enjoying his freedom from the physical limitations that were placed upon him here on earth.


I only knew Bruce for 12 years, but his passing early Wednesday has made this one of the most difficult days of my nearly 50 years of existence.   Only the passing of my dad nearly three years ago could rival the sorrow I feel today knowing my good friend is gone.  But I can't feel sad and sorrowful for too long because Bruce would not accept that.  If there is a book of adages out there, you will find Bruce's picture on the page beside that old saying "When life gives you lemons, make lemonade!"


You see, In reality, he wasn't confined to his chair.  It was like an appendage he had that most others didn't.   It may have put some limits on him but it certainly didn't stop him.  He lived life to the fullest and there were no obstacles, just detours.


For almost three decades, since he was a 12 year old , Bruce has been associated with the Seattle Thunderbirds.  Actually,  he goes back to the Breaker days when one day he was summoned into the team's dressing room  by the coach, Marc Boileau.  When he came out, he came out with a job...statistician.  He was given a pen, a clipboard and a team pass and off to work he went.   In the late '90s, then T-bird broadcaster Chris Collins gave him a new job and Bruce joined the broadcast team as color analyst;  a position he held until his passing.    The last 11 of those years I was privileged to have him work alongside me at home games and many road games as well.  Over that time he went from being a colleague to being a friend....to being a family member.   I'm not relishing the task of telling my 8-year old daughter that Bruce has passed.


We spent many car rides together on I-5 down to Portland or up to Everett and after the games, on the way back, we celebrated victories or lamented defeats.  When we rode together we had our superstitions that never worked but we kept up the rituals anyway.  And when he climbed down out of his chair at either the Rose Garden or the Memorial Coliseum and crawled and pulled himself up a flight of stairs to get to our broadcast location I grew to admire and respect his will and determination as well as his passion for the team, the game and for life.


Over the years he's watched hundreds of young WHL players grow into adulthood.   He's seen many go on to pro careers .  But whether they became an NHLer or went back home to another profession, they were all important to him.   Many of them spent afternoons at the McDonald household, near the practice rink in Kirkland, playing video games or sharing a meal.  Many have come back and became more than just former players, they became good friends.


When Bruce told me earlier this spring that he had been diagnosed with leukemia, I was stunned.  When he told me he was going to win the battle and be ready for opening night in the fall, I believed him.  When he put his mind to accomplishing something he usually came out on top.  So, his death has stunned me and all those who loved him.


Bruce, you were my brother and I will miss you. 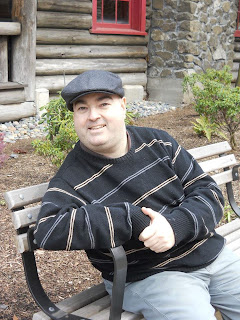